“You can look for external sources of motivation and that can catalyze a change, but it won’t sustain one. It has to be from an internal desire.” ― Jillian Michaels

“Unless You Puke, Faint or Die, Keep Going!” ― Jillian Michaels, Making the Cut: The 30-Day Diet and Fitness Plan for the Strongest, Sexiest You

“You know when transformation happens? Right now. It’s a present activity. Who is the new you? Show me the new you.” ― Jillian Michaels

Reward yourself from time to time: Whenever you achieve your short term goals, such as losing 5 to 10 pounds in a week or two through dieting, you should come up with a way to reward yourself. One example is to purchase a smaller shirt or a smaller sized pants. By doing that, you will become more motivated in achieving more.

Check out exercise videos on the web: If you don’t have time to go to gyms to workout, keep in mind that there are exercise videos available on the internet today. Most of these videos can be accessed for free. Thus, all you need to do is to download them, and watch and follow them anytime you want. Such videos can show you different types of routines; and, all you have to do is to select the ones you like best.

Eat before visiting the grocery store: When you shop for grocery items, it is best that you eat beforehand. This is because going inside a grocery store, when you are feeling hungry can make you purchase more food items than you need. In fact, it can even make you purchase foods that are not healthy. Thus, it is best to grab a snack before you go to the store. This way, you can stick to your list of items you want to buy.

Fill up your sandwiches with tomatoes: When you make a sandwich for breakfast or for a snack, put some tomatoes on it. This would ensure that you would feel full a lot longer. Aside from that, tomatoes also has components, which can suppress the production of the hormone called ghrelin. With that, it would help you control your hunger pangs.

Stay as flexible as possible: Staying as flexible as possible can help you maintain your sights on your goals. Keep in mind that in your work, or with your family, there are certain things that may happen, which can change your daily schedule. By being flexible, it would allow you to adjust with certain changes, and still be able to get the exercise that you need.

Hydrate: To treat an acute migraine drink a full glass of water -- dehydration can trigger headaches. Even if you need to take a medication for the pain try wrapping your head with an Ace bandage so that it covers your eyes then lie down and breathe deeply. This often helps the pain pass more quickly.

Focus on your meal when eating: Don’t watch TV or use your computer when you are eating. When you do that, you could prevent your mind in comprehending the signals that are sent by your body that it is already full. Therefore, it can lead to binge eating, since you would feel that you are still unsatisfied, even when you have already eaten lots of foods. 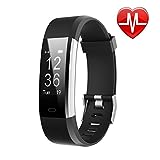 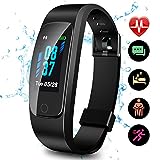 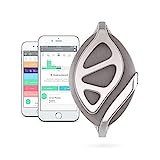 Oh God just look at me now... one night opens words and utters pain... I cannot begin to explain to you... this... I am not here. This is not happening. Oh wait, it is, isn't it?I am a ghost. I am not here, not really. You see skin and cuts and frailty...these are symptoms, you known, of a ghost. An unclear image with unclear thoughts whispering vague things...If I told you what was really in my head, you''d never let me leave this place. And I have no desire to spend time in hell while I'm still, in theory, alive. — Emily Andrews (The Finer Points of Becoming Machine)

We are stronger than we think. We have emotional, spiritual and even physical resources at our disposal. We may get knocked down, but we don’t have to stay down. — Steve Goodier

Let food be thy medicine and medicine be thy food. — Hippocrates

I know. ‘Nick, go after psycho-ass and show him where he lives.’ But might I point out that in doing this, I should qualify for hazard pay? (Nick)Might I point out that staying here with me is far more hazardous to your health? (Acheron)What? Am I still here? Oh no, sorry, thought I’d left ten minutes ago. (Nick) — Sherrilyn Kenyon (Night Embrace (Dark-Hunter #2))


Clickbank Affiliate Scripts
Famous Words of Inspiration...
"Cherish your visions and your dreams, as they are the children of your soul; the blueprints of your ultimate achievements."
Napolean Hill
— Click here for more from Napolean Hill